You are here: Home / Board Games / Schrodinger’s Cats 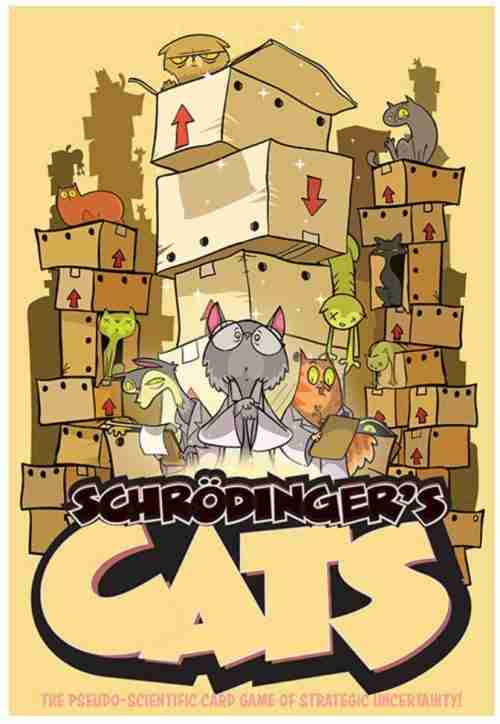 Schrödinger’s Cats is a pseudo-scientific card game of strategic uncertainty for 2-6 players. A fast, fun game of bluffing, deduction, and cute cat pictures! Uncertainty didn’t kill the cat, but that doesn’t mean it’s not dead. Dr. Erwin Schrödinger and Werner Heisenberg taught us that. We’ve all heard about the cats in boxes experiment and maybe we're even curious about the results -- but attempting such an experiment would be INSANE in real life! Now you can try your hand at challenging the uncertainty principle without risking the lives of innocent kittens or exposure to radioactive particles! Awww! In Schrödinger’s Cats players run experiments, form hypotheses, and try to one-up each other’s research. Players take on the role of a Cat Physicist such as Albert Felinestein, Sally Prride, or Neil deGrasse Tabby! Using their special ability to help prove their hypothesis, or at least debunk someone else’s, each cat physicist tries to determine the minimum number of alive cats, dead cats, or empty boxes across all the boxes in Schrödinger’s lab. You may not be certain your hypothesis is valid, but if you love cats, science, and games you will be certain to love the Schrödinger's Cats card game!